My wonderful Aunt Jaimie has started a blog about a sundry of things including (but not limited to) fashion, books, advice and life in Israel. Jaimie is the best the thrifter I know and more importantly, my mentor, friend and the person to teach me that being an introvert is not a weakness, but a strength.

So dear readers, please do pay a visit to Jaimie's blog- Take It/or/Leave It and tell her I say hi.


Posted by Rogue Unicorn at 2:28 PM No comments: 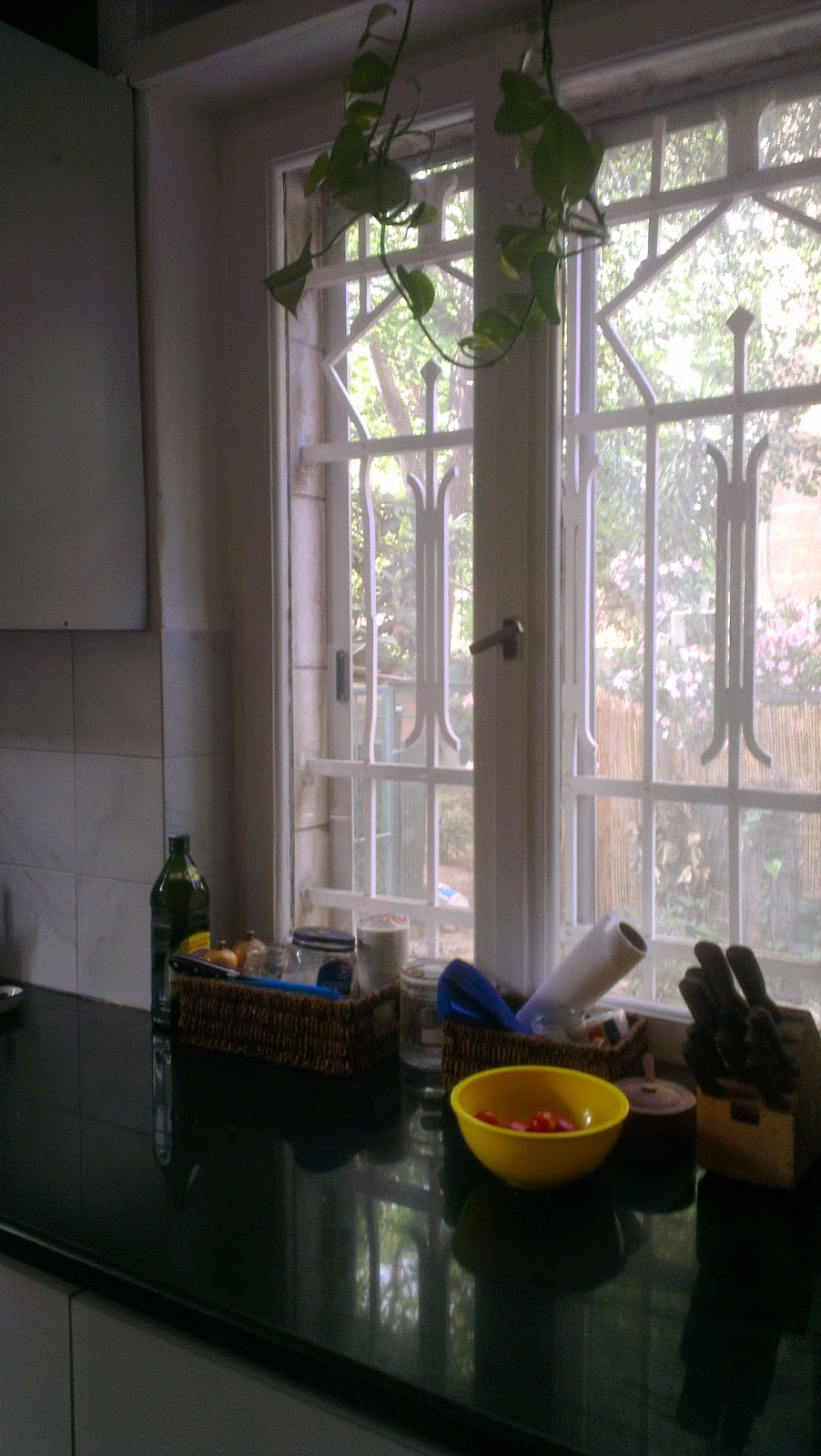 It is a fact well known that you do not truly live in a place until you have cooked in the kitchen. I spent the first few days in my new apartment eating sandwiches and junk food and the occasional egg. The kitchen was the first thing to be unpacked, but for the most part I was still living out of suitcases and boxes. And really, when I say unpacked, what I mean is that my friend and I removed my pots and pans and dishes and things I need but don't really need (i.e. my pasta maker) and shoved them into the nearest available space in any given cabinet. It's going to take a while before I really get the hang of where I want things and how to best make the kitchen flow. But still, my kitchen needed inaugurating.

So we inaugurated it. 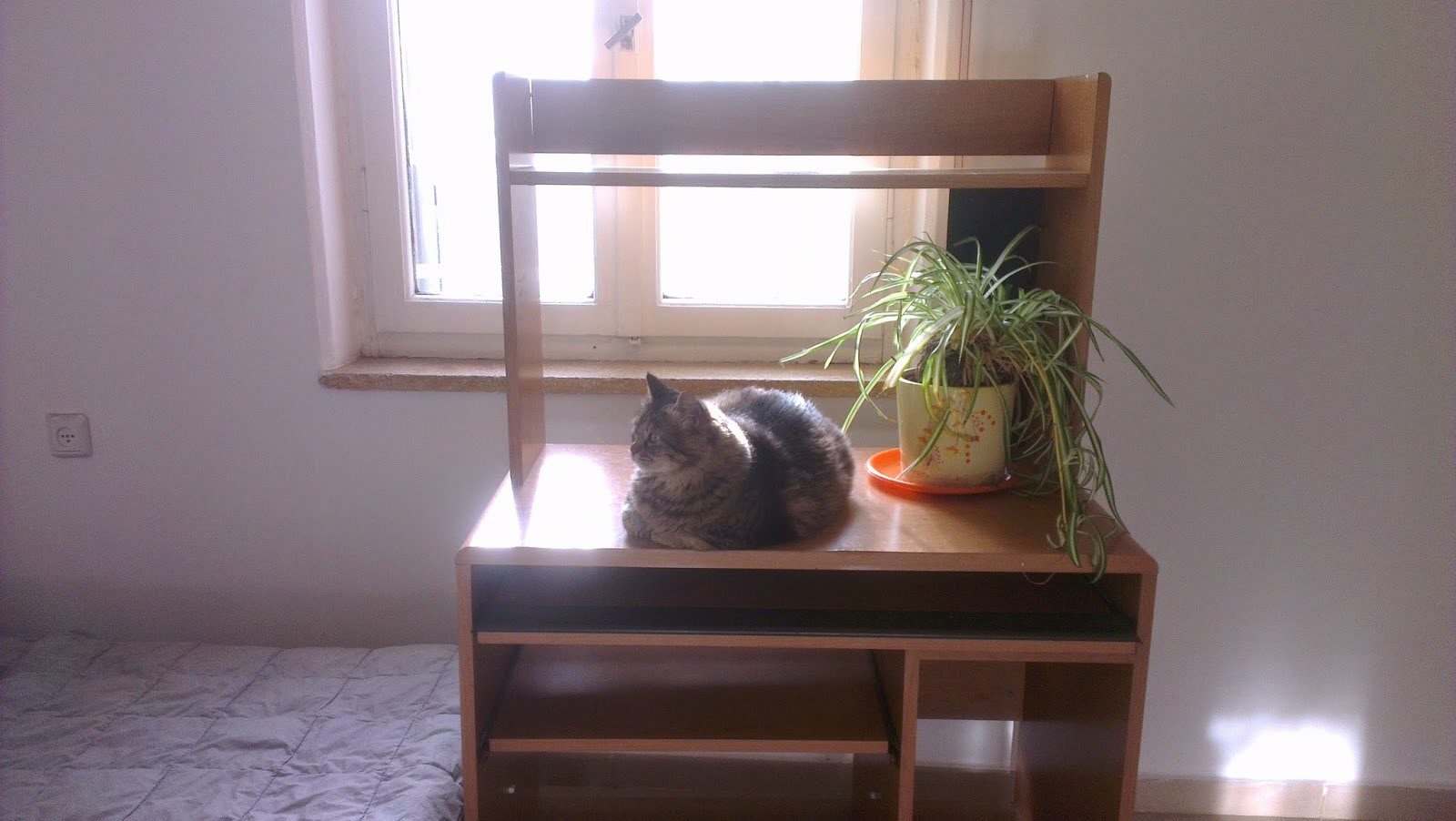 My new apartment has high ceilings, big windows and low light because it is on the first floor and tree-shaded. I wake up in the morning to dappled sunlight. It has built-in bookcases in the living room, a small room for a study, a long kitchen and a garden that is mostly my own. Right now, the garden  is still a big of a mess, but I've got a few flowers on the stoop, rose bushes I am trying to coax back to life and a little slip of a blackberry bramble my future roommate bought, waiting to be planted. As I was moving in, one of the movers turned to me and said, "this place is so much better than your old place. So much better." Well, the quality of an apartment has a lot to do with the memories you make in it, but so far I think I"m going to want to stay here for a very long time. Sometimes, if I have a few minutes to spare, I sit on the stoop with my morning cup of coffee and think, how did I get to be so very lucky, living in this apartment on a beautiful quiet street, with a beautiful quiet garden? I have a bad habit of waiting for the bottom to fall out from under me. I'm trying to work on it. 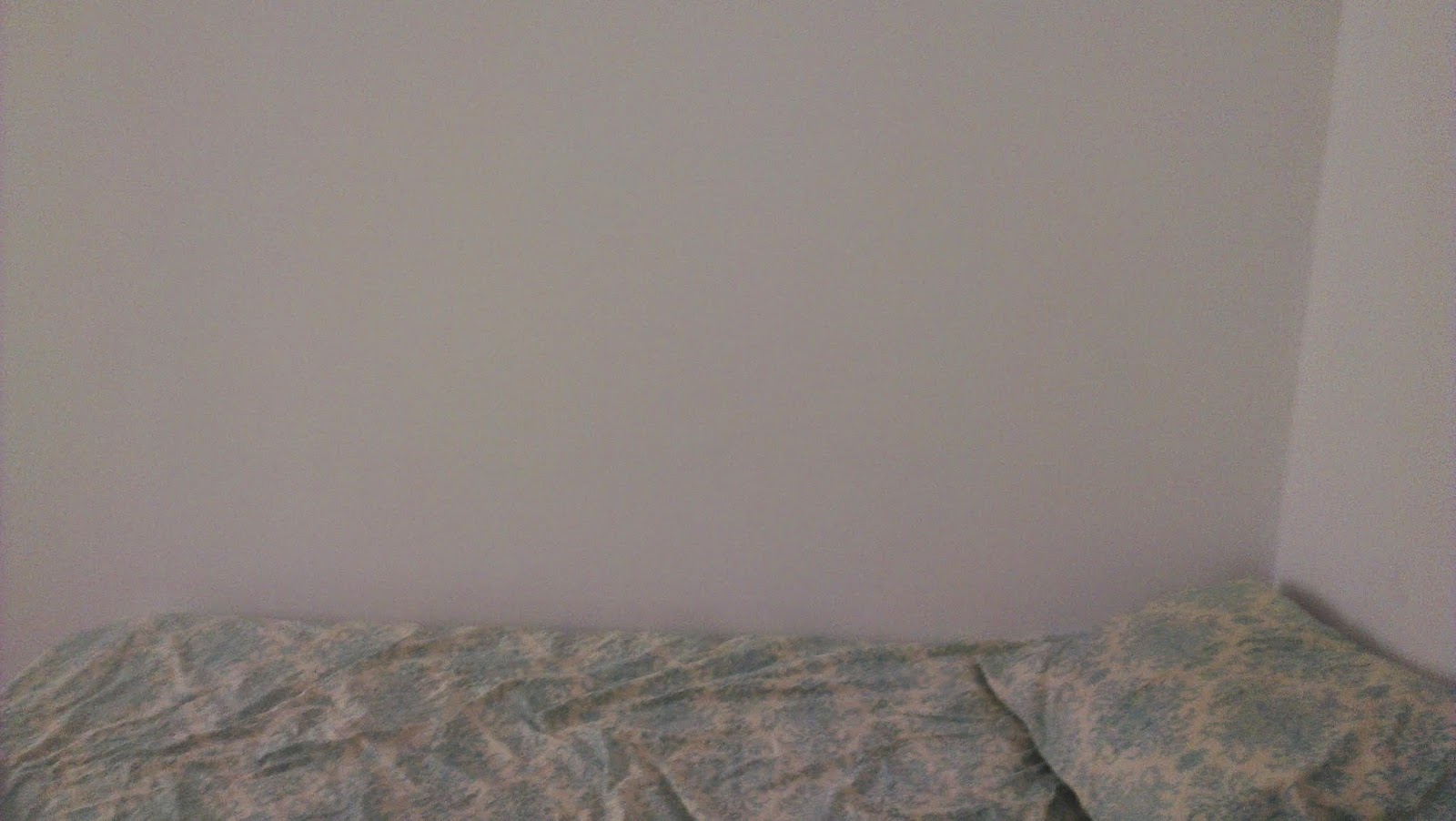 We inaugurated the kitchen with a new cookbook. Before Passover, Naomi and I decided that we were done with Jerusalem. We'd been cooking from it for more than a year and had made most of the recipes that were a) kosher and b) didn't include eggplant (as I am allergic to eggplant). Surprisingly enough, more recipes were invalidated due to eggplant than were invalidated due to kosher concerns. We loved Jerusalem, but the time had come to move on. We chose Heidi Swanson's Super Natural Every-day (but not Supernatural Every-day, because that would be something entirely different, probably involving my friend Debbie, pie and a cult TV show with hot guys and an unfortunate penchant for killing off female characters. Um. My geek is showing. Sorry.). We wanted something a little bit different than what we had been doing before- to move away from the middle eastern flavors we had come to love and know and to try something a little bit different. I follow Heidi's great blog, 101 Cookbooks, and have long admired her recipes and her approach to food. We also liked the fact that Super Natural Every-day is a vegetarian cookbook with a focus on natural foods. Naomi is the first to admit that she's a little bit of a hippie (and hence has an obsession with chia seeds that I can't really fathom) and I am happy to avoid the issues with kashrut that a non-vegetarian cookbook would bring (we almost settled on the Zuni Cafe Cookbook, but then decided that kosher concerns would leave us with too many recipes we wouldn't be able to make). So Heidi's cookbook it was.

It's been two weeks of Super Natural Every-day. We made Spinach Chop and Yogurt Biscuits with spelt flour, Chickpea Stew with saffron and Tinto de Verano. Everything has been great. Heidi's recipes have this wonderful simplicity to them that is so very different from Ottolenghi. We keep on reaching for the spice drawer-for the cumin, the allspice, the za'atar, the lemon, only to find that Heidi does without. Where Ottolenghi shined with these great punches of flavor, Ms. Swanson's food is clean and subtle and graceful. It is a nice change of pace, a nice way to start in a new kitchen. (It also doesn't hurt that the cookbook is absolutely gorgeous). 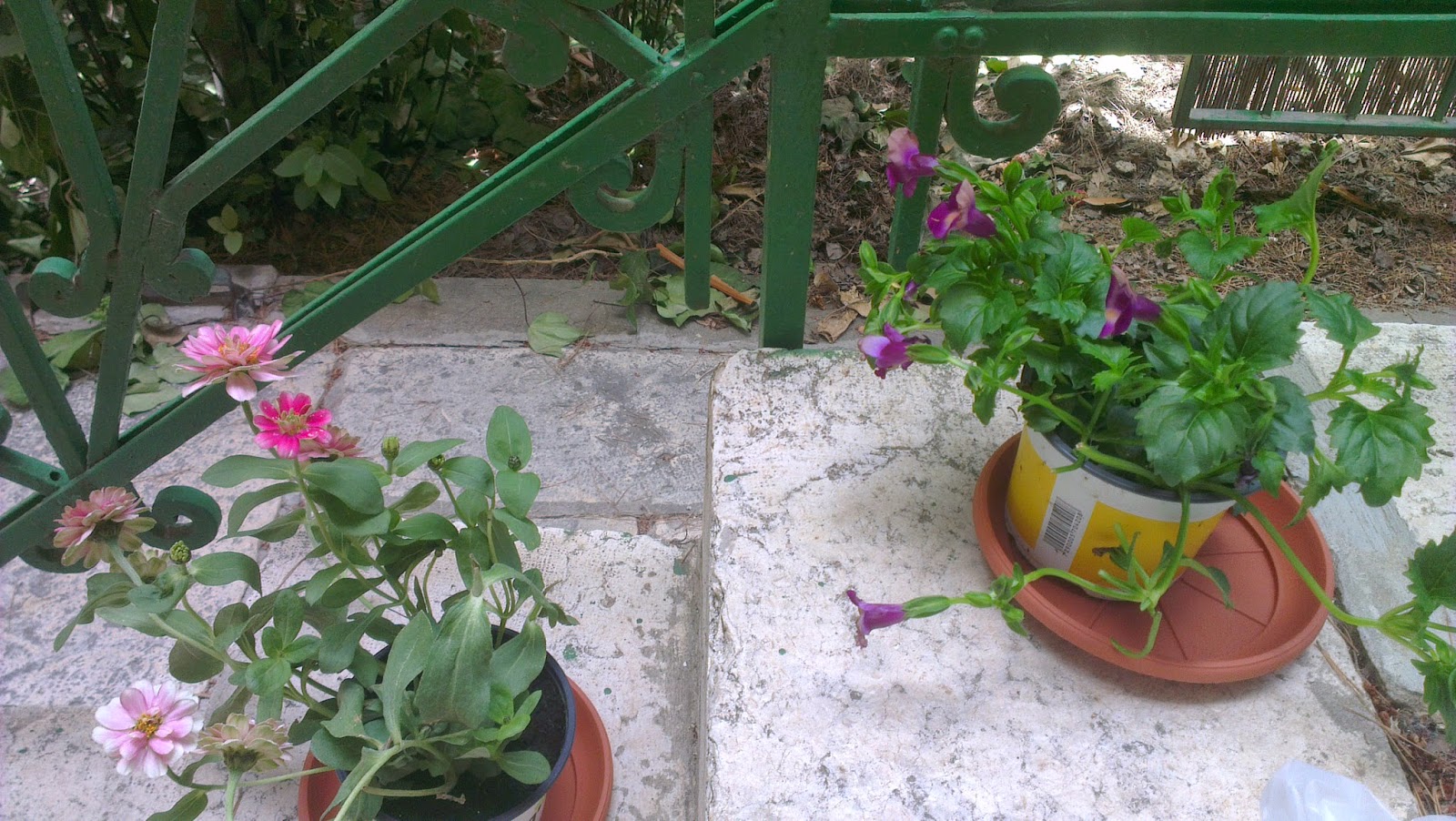 The Spinach Chop made a great brunch and the Chickpea Stew was lovely, but I think in all honesty the recipe I liked most so far is Tinto de Verano, mostly because both Naomi and I were so very dubious about it in the beginning. Tinto de Verano is kind of like chilled out version of sangria. It's not much more than cheap red wine mixed with sparkling lemonade, which makes it cheap and easy. And I know, right now you're wrinkling your nose at the prospect of red wine and lemonade, trust me, we did too, but we were saying goodbye to Naomi's roommate and I had a bottle of cheap red wine so we figured, there's no harm in trusting the cookbook and just going for it. I'm glad we did. It was kind of perfect for a summer evening, light and fruity and cooling and it was clear that we chose the right cookbook. Tinto de Verano, ladies and gentlemen. L'chaim. 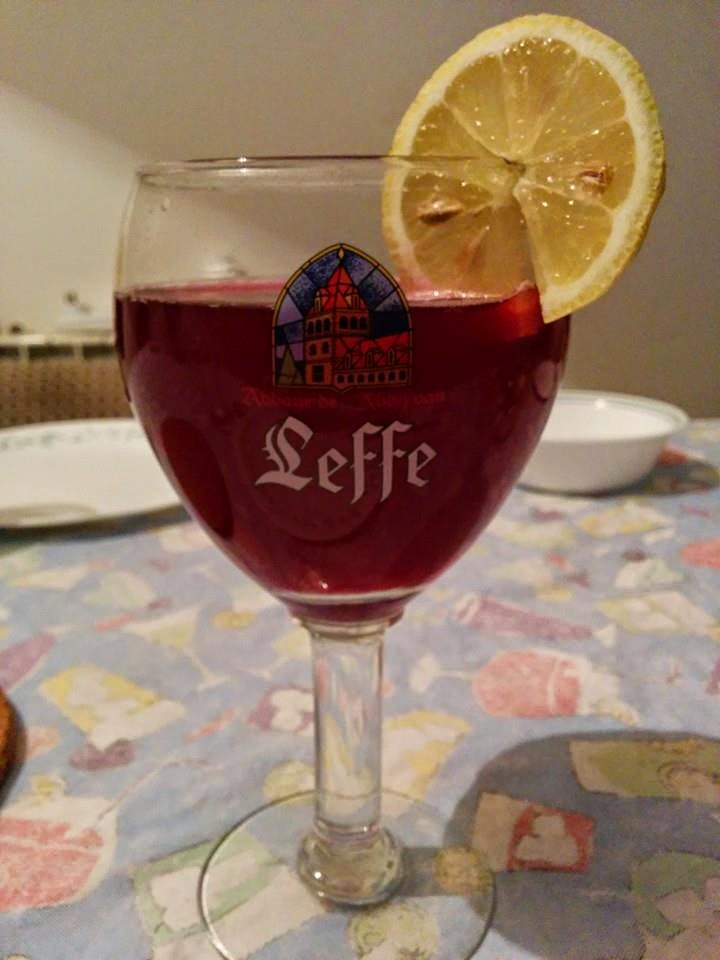 1 (750ml) bottle of cheap red wine (preferably Spanish)
Sparkling lemonade, chilled (we used Schweppes Bitter Lemon, whatever you use make sure it is not too sweet)
Lemon slices


1. Pour half a cup (120 ml) red wine into a glass. Add half a cup (120 ml) sparkling lemonade. Mix. Add ice cubes, if so desired. Garnish with slices of lemon. Repeat with remaining glasses (recipe will serve 4-6 people). Serve. Pretend you are much fancier than you actually are.
Posted by Rogue Unicorn at 10:22 PM 2 comments: 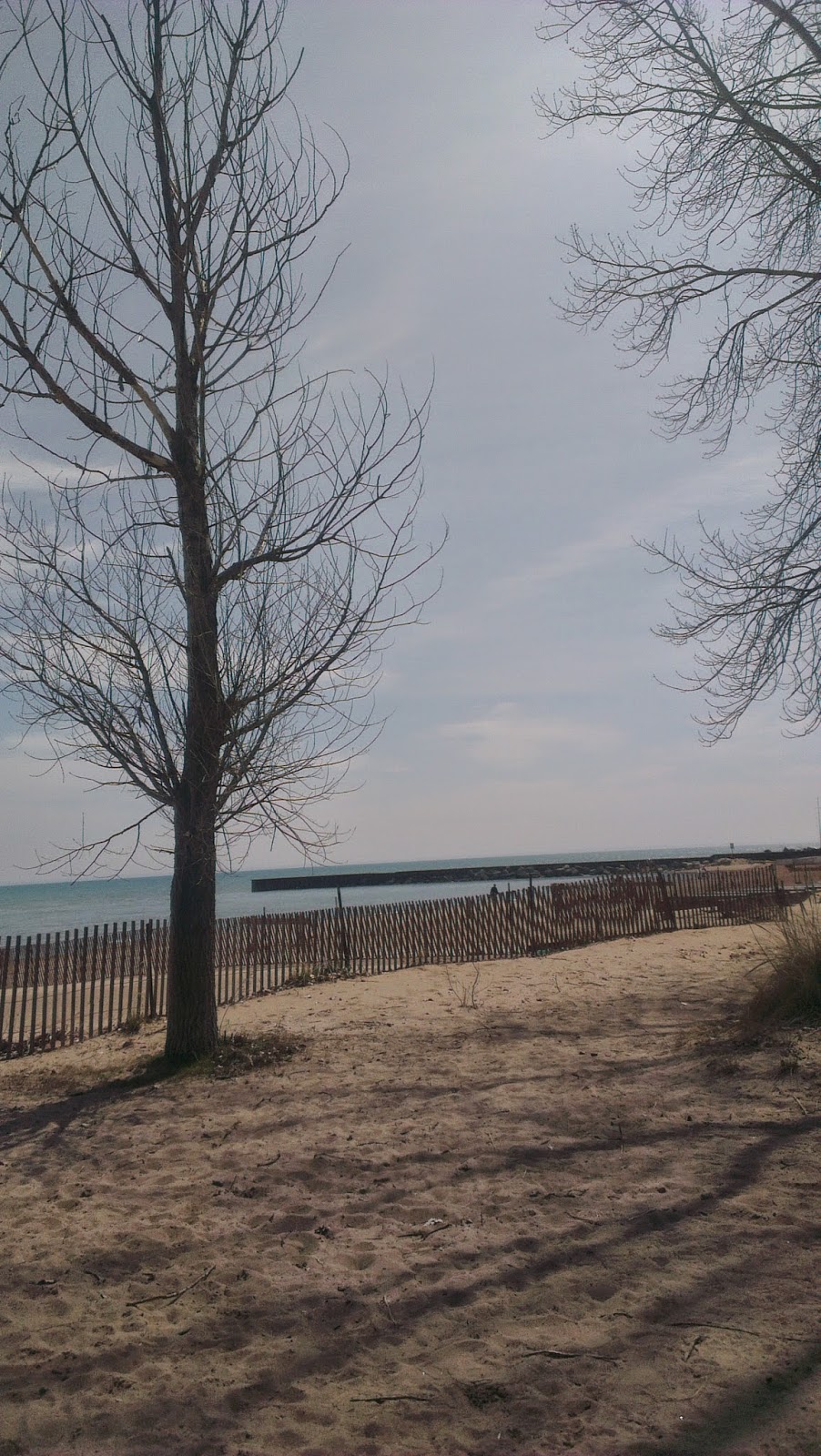 Here are two things I hate: moving and jet-lag. When I first started writing this post, almost a month ago. I was faced with both of them. 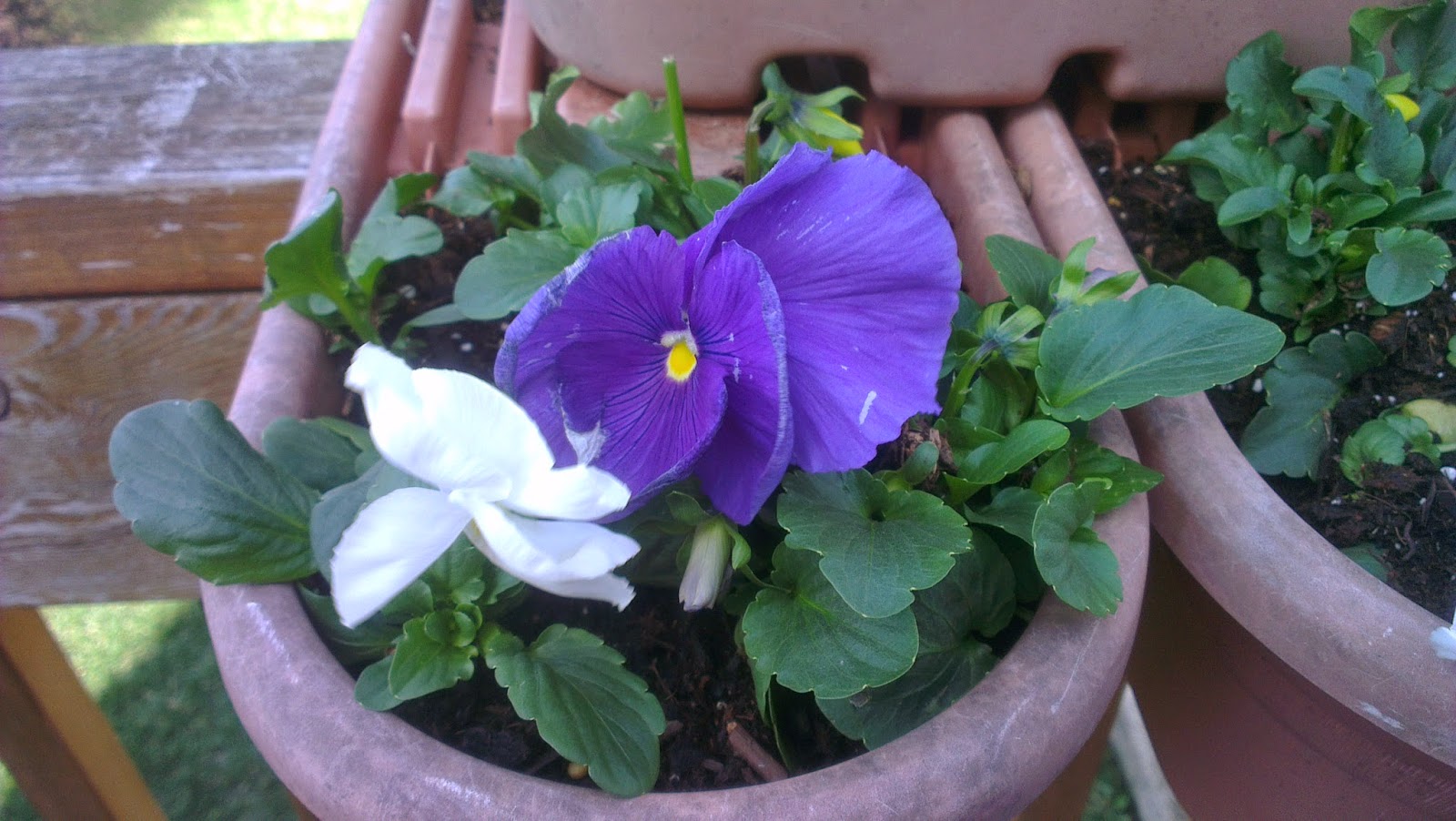 After months of a soul-destroying apartment search, I finally signed a lease on a new place about a month ago-a week before I left to the United States for two weeks to spend Passover with my family. I arrived back in Jerusalem about three week ago, with exactly two weeks to pack up my apartment and move. Needless to say, I haven't been using my kitchen much in the last two to three months. And even when I have been using my kitchen, I haven't been doing much inspired cooking. I'm sorry to say that I've been eating a lot of cereal, pasta and takeout lately- not that those are bad things- but it's been nothing to write home about, so to speak. It's hard to feel inspired when you are so totally in between- in between homes, in between packed and unpacked, in between time zones, in between selves. It's hard to cook and it's hard to write. My kitchen pretty bare for a while right now- waiting to be packed and then unpacked. I kind of feel the same way, slightly empty, dusty and just waiting for a big change. 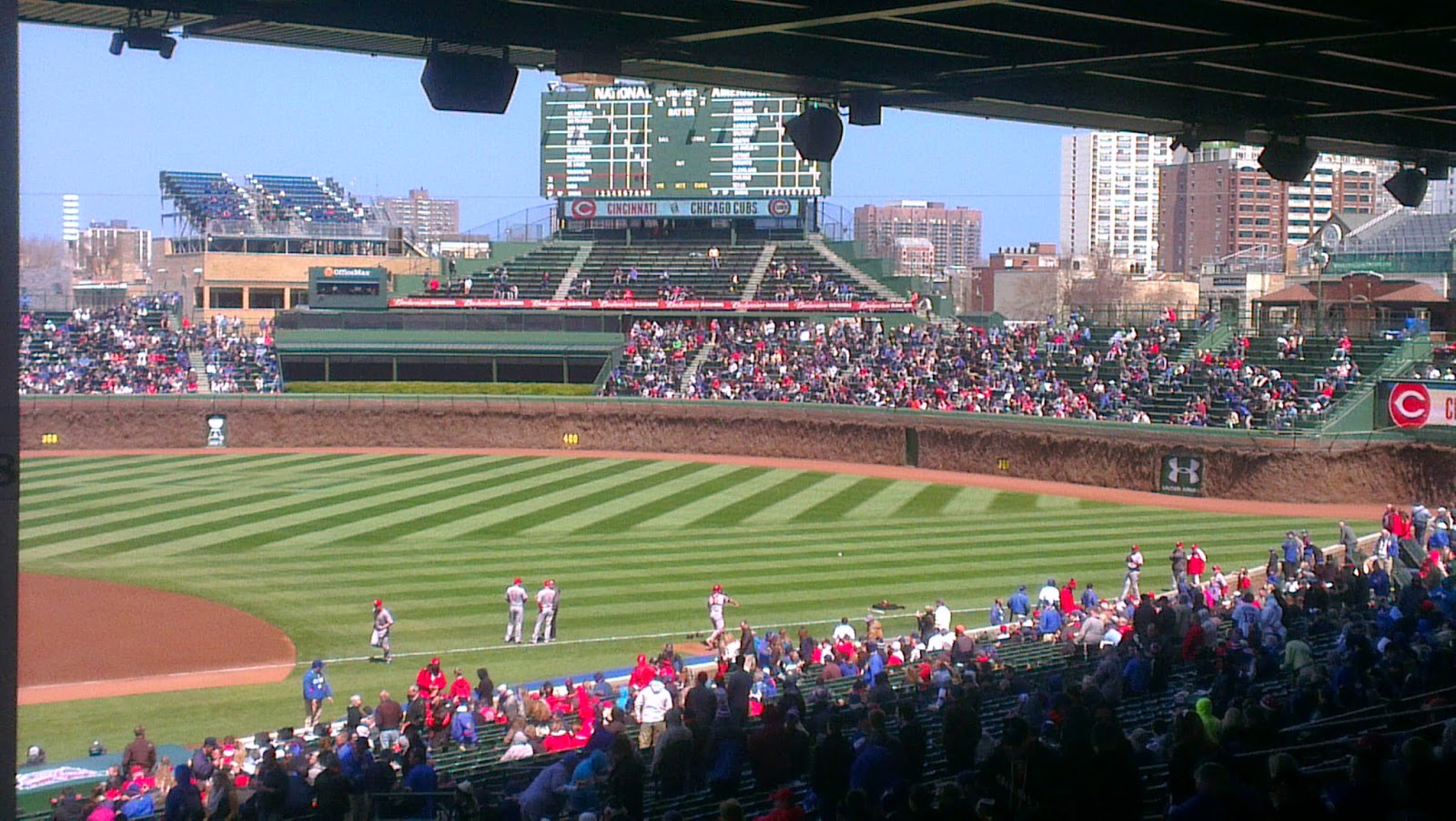 I did, however, do quite a bit of cooking in my mom's kitchen in Chicago. I always do.I made the usuals- carrot-fennel soup, almond cookies, meringues, braised chicken with garlic and white wine, etc. That's what Passover is for, long stretches in the kitchen, followed by long stretches of eating. I like cooking in my mom's kitchen. I like the silence as I watch the sun come up through the French doors at the back, awake and restless with jetlag during the first days after I land. I like the noise and chaos of three adults and five children, bustling and helping and cooking.  The kitchen in my new apartment actually reminds me a lot of my mom's kitchen. It's quite a bit smaller, but like my mom's kitchen it is long and narrow, with black marble counters and a view of a garden. I hope my garden will one day be as nice as hers. I think it is the kitchen that made me say, yes. This place. I can live here. 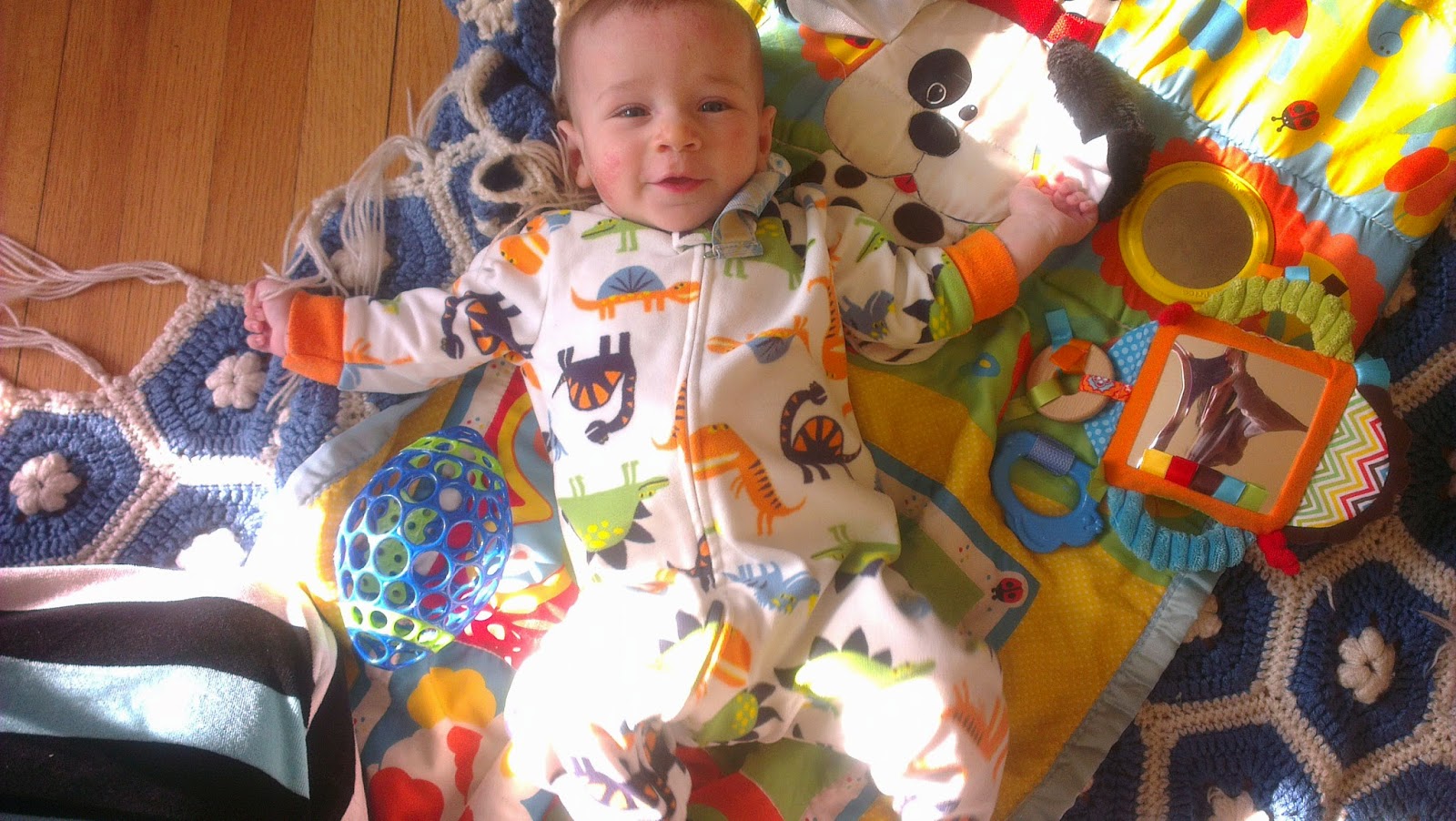 Somehow I am the dessert maker hence, the almond cookies, meringues and some spectacular macarons from the New York Times. It's just a thing that happened. I do the desserts. I always want to make ice cream, but my mother doesn't have an ice cream maker and more often than not, we have one or more family members who don't want to be eating semi-raw eggs. This year though, this year I had cream and limes and tequila all staring me in the face. God bless, Nigella Lawson then, for providing me with this pretty glorious recipe. No Churn Margarita Ice Cream, doesn't that just sound spectacular? When I read the recipe, I though maybe the lack of a custard would make the ice cream feel anemic, and that if I didn't churn it it would crystallize and turn horrid and awful when I froze it, but neither of these things happened. The ice cream was smooth and rich and tangy. It all seemed so magical.  So go my friends, get yourself some tequila and limes and cream- or go wild and play around. I bet this recipe can be used as a template for any number of excellent ice cream flavors. The lazy days of summer are about to be upon us. Settle in. 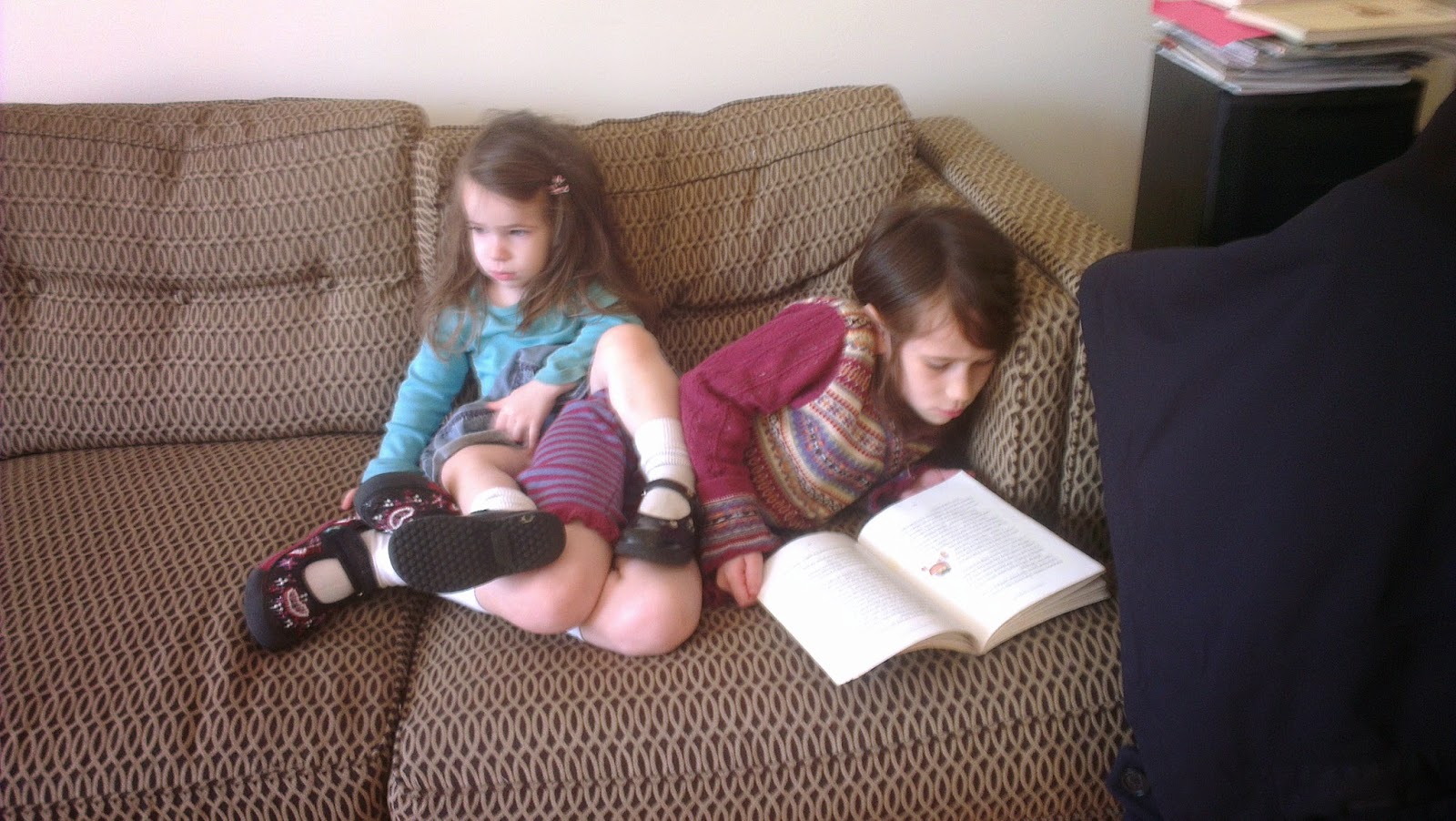 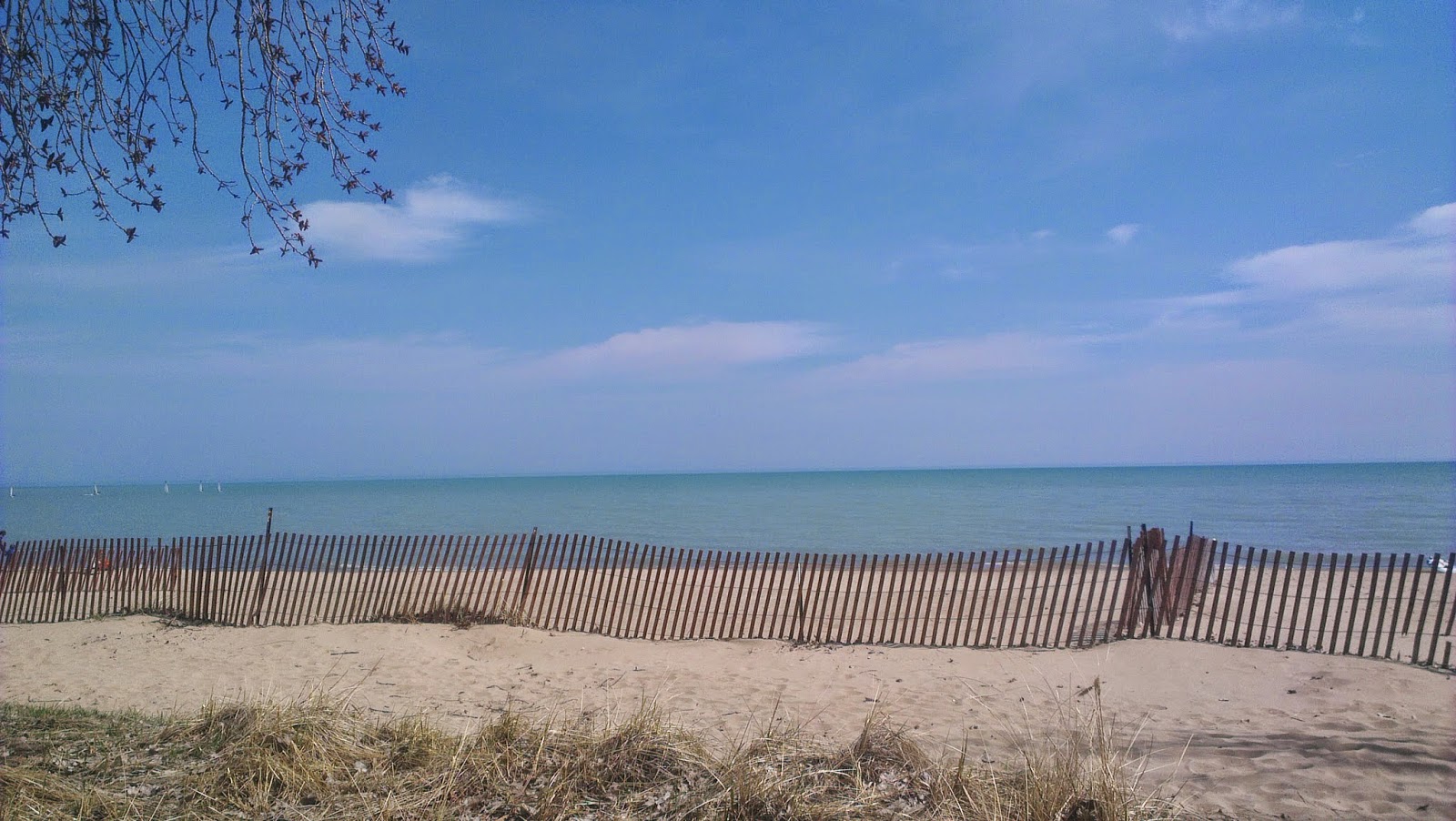 1.  Pour the lime juice, tequila and juice into a bowl. Add sugar and stir to dissolve. Add the cream and whip with a hand mixer (or in a stand mixer) until thick, but not stiff.

2. Transfer into an airtight container and freeze overnight. Serve in glasses if you're feeling classy like that.
Posted by Rogue Unicorn at 9:25 PM 2 comments: